Made from 100% farro (whole emmer wheat), this semi-wholemeal pasta is more fragile than durum wheat pasta and should be handled with care. Passed down in history as the dish of choice of the Roman legions, farro is now enjoying a resurgence, especially among health-conscious chefs. This pasta is produced by the famous artisan Giacomo Santoleri, who grows this ancient wheat on a small farm on the hilly countryside of Abruzzo. He uses traditional methods and produces his products without the use of pesticides or chemicals. The pasta is rich in fiber and extremely digestible with a refined gourmet flavor somewhere between barley and wheat. We recommend either a simple tomato sauce, or a light butter or oil sauce with herbs and lots of Parmigiano!

Emmer wheat (Triticum dicoccon), also known as farro especially in Italy, is a low yielding, awned wheat. It was one of the first crops domesticated in the Near East. It was widely cultivated in the ancient world, but is now a relict crop in mountainous regions of Europe and Asia. Farro can be boiled in about 20 minutes or steamed in about 30. The grain is rich in fiber (10%), protein (15%), and magnesium. Emmer can be used for making bread and pasta, in soups and salads, and is much higher in fiber than common wheat.

The common name of the ancient wheat marketed under the KAMUT® brand is khorasan. It is an ancient relative of modern durum wheat, originating in the Fertile Crescent region reaching from Mesopotamia to Egypt. KAMUT® brand khorasan wheat is always grown organically, has never been hybridized or genetically modified, and has high quality standards. It is loved for its naturally sweet and nutty taste, its high versatility, great nutrition, and an unmistakable smooth texture. It is higher in protein and minerals, including selenium, and can be eaten by many people who are sensitive to modern wheat.

Handicrafted egg pasta is a typical product of Campofilone, Italy dating from early peasant traditions handed down over generations. The dough is prepared by selecting the finest durum wheat semolina and fresh eggs, then following an accurate traditional handicrafted process.

Rustichella d’Abruzzo, found deep in the green Vestine hills, takes its origins from the old pasta factory, Gaetano Sergiacomo. Founded in Penne in 1924, it wanted to conserve the tradition of homemade production, focusing on special and regional shapes to go beyond the boundaries of Abruzzo.

The secret of our pasta….
In the family firm Rustichella d’Abruzzo, the best durum wheat semolina is selected and mixed with mountain water with the same care and tradition of the past.
The exclusive bronze mould gives the pasta its special coarseness, which makes it better absorb sauces and improve any type of recipe. The low drying temperature, which takes 40-60 hours depending on the shapes, preserves the nutritional value of the pasta, and the flavour of the wheat comes across wonderfully during cooking.

Strict quality controls preside over every phase of production, from the arrival of the raw ingredients to the delivery of the goods. Tradition and technology unite perfectly to give life to a product with high qualitative standards, which is confirmed by the ISO 9002.

The Bartolini farm is immersed in the greenery of the Nera River Natural Park in Italy, surrounded by mountains and woods. Bartolini uses a mixture of selected grains and spring water from its farm, which create the taste and consistency of the pasta. The pasta is then bronze drawn to make its non-perfect cut, the proof of its artisan processing. The drying process is very slow and carried out on wooden frames that do not alter the properties or nutritional values of the pasta. Finally, the frames are placed inside a drying cell for 24-36 hours. 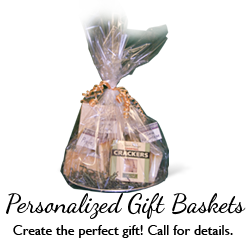